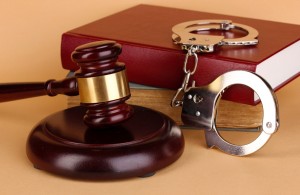 Violent crimes and theft crimes are considered to be two of the worst criminal offenses. If you are charged with either of these kinds of crimes in Wake County or Harnett County, you will need the help of a powerful and effective criminal defense attorney to stand a chance against the aggressive prosecutors. The punishments for conviction on any of these charges can be severe, and qualified legal representation that will passionately and persistently defend you is absolutely necessary. Unlike many other Raleigh criminal attorneys, we will always treat your case as top priority. Nothing is more important to our law firm than preserving and protecting your freedom.

Even small mistakes can be critical with felony charges. That's why the experienced Harnett criminal defense lawyers from White Law will analyze every detail and use every defense to fight for your rights. Below you will find more information about different types of violent crimes and offenses. Please contact us at (919) 331-0312 to get a confidential evaluation of your case. Your one chance to defend yourself must be used smartly - felony cases are NOT circumstances to take a chance.

These serious felony charges carry the possibility of very severe, sometimes life-threatening punishments. If you've been charged with one of these offenses, you still have substantial legal rights that we will defend strongly. To obtain a homicide conviction the prosecutor must have evidence beyond a reasonable doubt, and we will aggressively find any weakness in the case against you in order to prove this doubt.

Any violent act, threat of violence or abusive behavior that happens between people who live together, have a child between them, or were earlier married or dating can be considered . The charge can be filed as either a felony or a misdemeanor, and is prosecuted by a special team. Only the best defense lawyer should represent you, and a defense attorney from White Law Firm will represent you in the best possible way.

Assault is an attempt to violently injure another person and may include any threat to do so. Battery is an unwanted physical act that causes harm. Cases of assault are typically misdemeanors, while battery charges can be either a misdemeanor or a felony. Either of these charges can result from any confrontation.

A threat to kill or injure, even if no actual attack occurs or there is no intent of actually following up on the threat. Anyone convicted of a terrorist threat is subject to serve jail time.

Acts of intimidation, harassment, or use or threat of physical force against anyone based on race, ethnic background, religion, sex, age, disability, sexual orientation, and other specific reasons. Hate crimes are charged in addition to the original charge of murder, assault, and the like, and carry additional punishments. They are viewed in an especially negative way and may come with excessive sentences. Our law firm views being charged with a hate crime as a violation of your constitutional rights and will fight the courts on this issue.

Fatally injuring someone without malice while driving a vehicle. Frequently, this serious charge results from a fatal car accident that occurs while driving under the influence.

Many offenses are considered weapon charges, and they range from concealed weapon violations to unlawful sales. Possession of illegal weapons, or using a weapon while committing a crime, can also be included in this heading, and every case is different and defending yourself against any of them requires a qualified defense attorney from White Law Firm who knows the laws, the prosecutors and judges, and who will defend your rights.

Assault with A Deadly Weapon

Child abuse is a general term that usually encompasses many types of criminal conduct. Child abuse charges may be classified as one or more of several different violent crimes committed on a child. Because children cannot protect themselves against criminal conduct, this charge or accusation is prosecuted very aggressively. There are a number of factors that are considered when charging an individual with child abuse.

Child endangerment occurs when an adult caregiver, such as a parent, legal guardian, baby sitter, or relative places a child in a dangerous or inappropriate situation. Child endangerment is not technically the same as child abuse since it does not involve directly causing harm to a child; child endangerment carries stiff penalties up to and including prison time.

Vandalism is the willful or malicious destruction or defacement of public or private property. Even if the property damages are minimal, it is still a crime. Vandalism can be considered either a misdemeanor or a felony depending on the severity of the damage. In felony cases, the consequences can be severe, such as prison time, fines and probation. It is important that you have a seasoned vandalism lawyer to present an aggressive defense on your behalf.

At White Law Offices, we have the experience you need to move past this time in your life; no matter how serious the charge. Contact us today at (919) 331-0312.